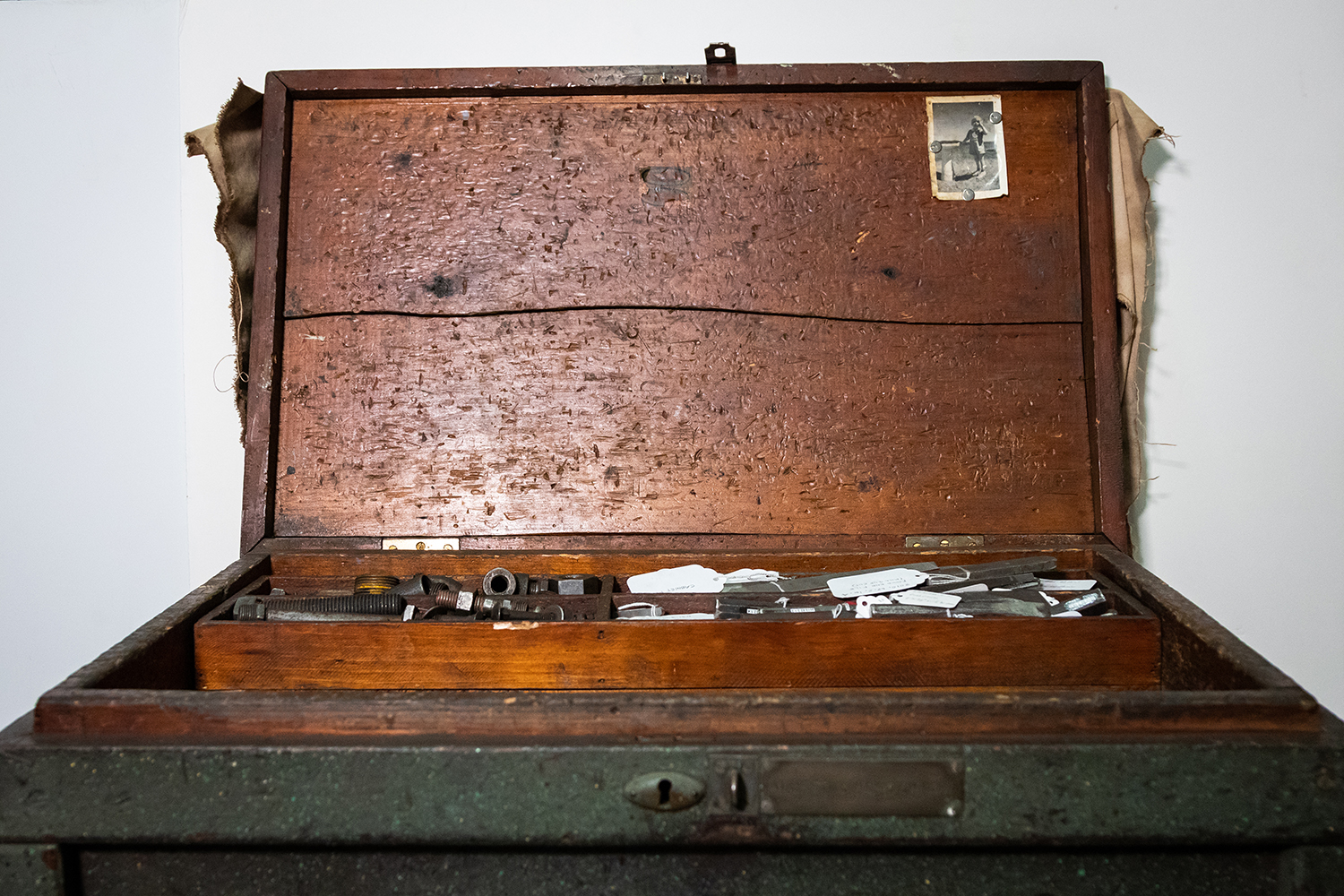 This is the tool chest of machinist’s tools formerly belonging to Albert B. (Bud) Henderson of Bath, who worked as a machinist until retiring in 1973. The chest of tools have been hardly touched Bud’s retirement. A snapshot of Bud’s son is inside lid.

Bud Henderson began work at Bath Iron Works at some point before marrying in 1934, then left BIW to take a job at Hyde Windlass Co. He stayed at HWCo even when offered his job back at BIW. He later was laid off at Hyde and had to take a job at BIW. He always regretted not taking the first opportunity to return to BIW, because by refusing he lost his seniority and pension. He ended up spending a total of 42 years at BIW, even so. He was born November 1908 and died September 1982.