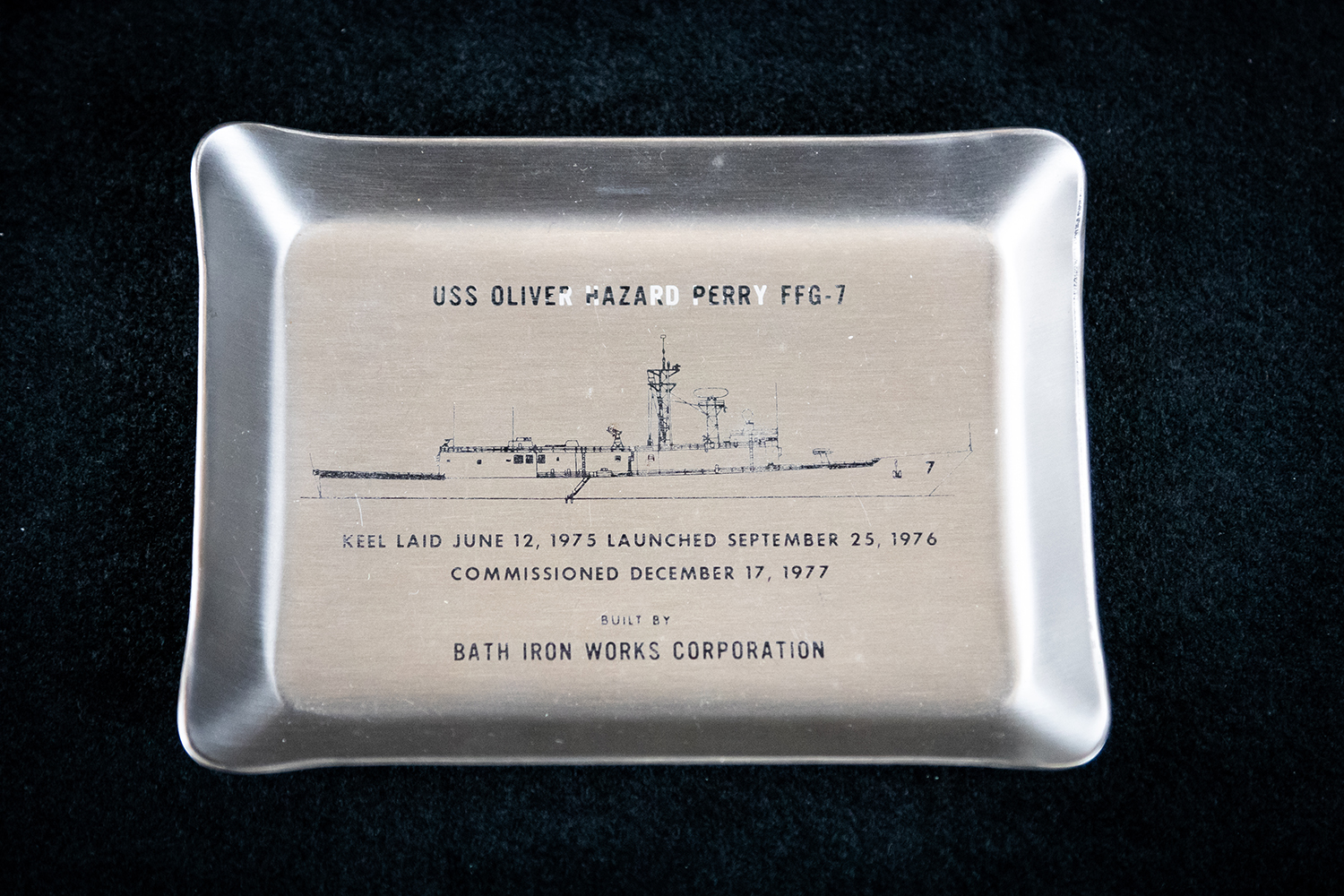 This ashtray depicts USS Oliver Hazard Perry (FFG-7), which launched at BIW in 1976. The ashtray was owned by Lt. Cmdr. Stanley L. French, USN (Ret.), who worked his way up from enlisted sailor to officer in the U.S. Navy and later became Dockmaster for our Portland floating drydock in the 1980s and 1990s. Courtesy of Maine Maritime Museum.