This class of ships is named for the U.S. Navy’s most famous destroyer squadron combat commander—and three-term Chief of Naval Operations—Admiral Arleigh Burke. Admiral Burke was in attendance for the commissioning of the first ship in the class, USS Arleigh Burke   (DDG 51) on July 4, 1991. BIW is the lead yard for DDG 51 construction, widely recognized as the most successful surface shipbuilding program of the post-World War II years. 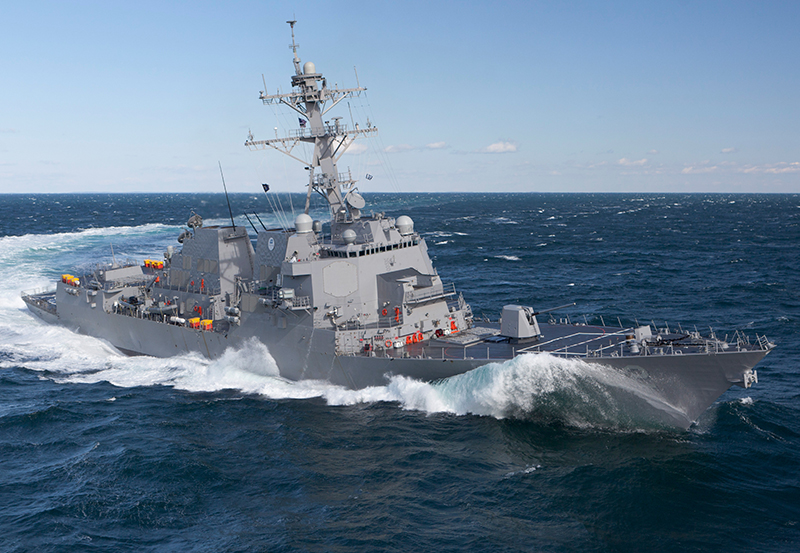 The DDG 51 class comprises four separate variants or “Flights.” DDGs 51–71 represent the original design and are designated as Flight I ships; DDGs 72–78 are Flight II ships; DDGs 79–119 are Flight IIA ships in service and the flight will continue through DDGs 124 and 127. The Flight III baseline will begin with DDGs 125–126, and continue with DDGs 128 and following.

The Zumwalt-class (DDG 1000) is the largest and most technologically advanced surface combatant in the world. Zumwalt is the lead ship of a class of next-generation multi-mission destroyers designed to strengthen naval power from the sea. The Zumwalt-class destroyer is capable of performing a range of deterrence, power projection, sea control, and command and control missions while allowing the Navy to evolve with new systems and missions. 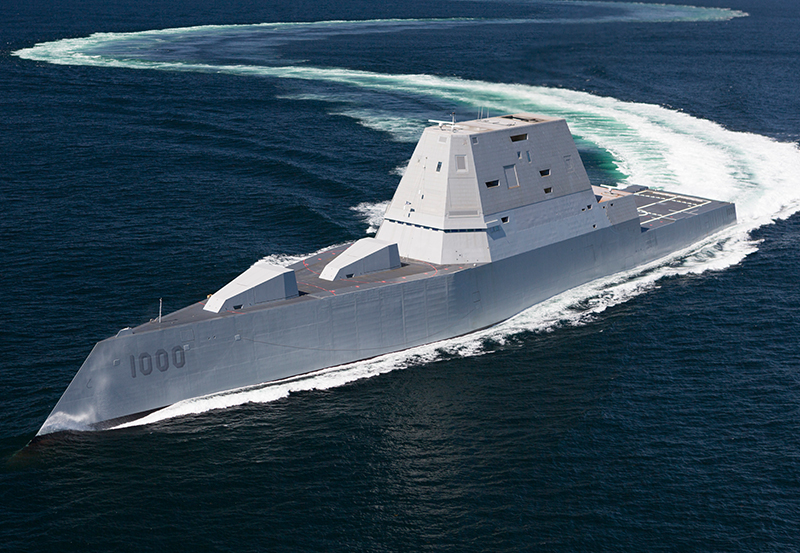 DDG 1000 introduces a wide range of new technologies that generate tangible breakthroughs in performance. DDG 1000 is a stealthy ship with a minimal radar signature and an intrinsically quiet tumblehome hull form and wave-piercing bow. Generating far more power than the DDG 51 ships, DDG 1000 is suitable for future deployment of systems such as directed energy weapons and electromagnetic railguns. Advances proven out on DDG 1000 such as Electric Drive/Integrated Power Systems, ship control and damage control automation, a totally integrated, ship-wide command and control system, and low-observable topside designs are potentially applicable to other shipbuilding programs.